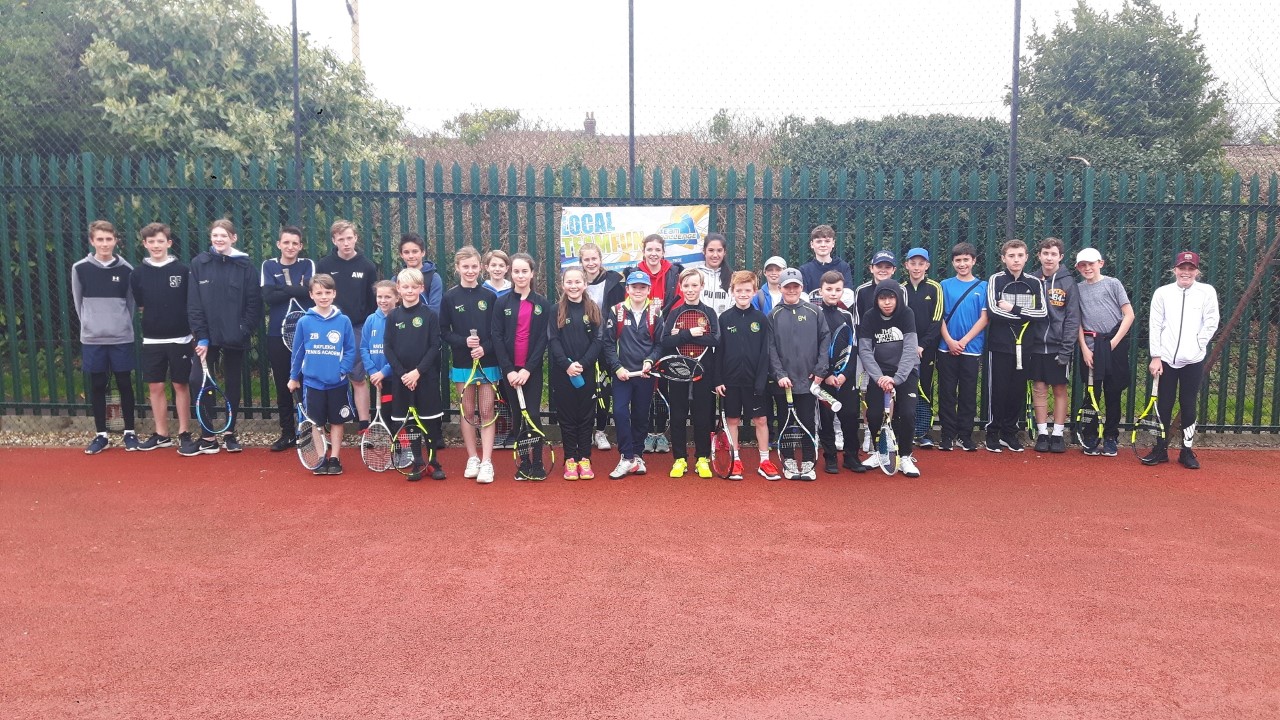 The Leigh & Westcliff LTA, in conjunction with the Lawn Tennis Association [East Area], hosted another successful Junior Tennis Challenge Tournament Event on Sunday 8th April 2019. The event was hosted by Invicta LTC, Leigh Road Baptist LTC & Crowstone & St. Saviours LTC on behalf of the Leigh & Westcliff LTA and the LTA East Area. Many thanks to the above Clubs for allowing the L & W LTA to host the event & using their excellent facilities. It is the ideal location to host this event & continues to be viewed as the ‘Home’ of the Southend Area Junior Tennis Challenge Event.

The Junior Tennis Challenge has been developed for the ‘Starter-Improver’ player, to give these players a first taste of competitive play in a ‘FUN TYPE’ environment. All affiliated Clubs to the L & W LTA were invited to enter team[s] into the event with up to 4 players in a team, multiple club teams were welcomed. The age of all Players entering the event was between 11U-14U years of age. The ‘Green Intermediate’ Tennis Ball was used for the event, the purpose of using this type of tennis ball was to assist the playing audience to improve their rallying skills.

Entries were received from, Thorpe Bay LTC, Wickford LTC, Westcliff Hardcourts LTC, Rayleigh LTC, Hockley LTC, Hadleigh Park LTC, Deanes LTC & the Southend Parks Initiative. The Event started at 1200 hrs & completed at 1545 hrs. In total there were 43 Players that entered the event which was greater than the previous event held in September 2018.It was again very encouraging & exceeds the national average number of entrants for this type of event which is endorsed by the LTA. It was encouraging to see new Clubs involved with the event with both Hockley & Southend Parks entering for the 1st time.

Each player received a Player Certificate, Racket Grip & Bag of Sweeties, with medals being presented to the winners. The L & W LTA sponsored the complete event.

The Event was run using a ‘Whistle Stop’ principle, timed at 8 minutes per match using a ‘Continual Tie-Break’ method of scoring which kept all players involved for the duration of the event with as much play as possible. A full schedule of 9 courts was provided by the hosting Clubs. All the competing players had a great time ably supported by the Parents who provided vocal support throughout the afternoon. The teams were placed into 2 Groups, the winners of each group then went forward into a final playoff situation.

The winners of the Group Final Event were the Girls Team from Westcliff Hardcourts LTC, represented by Lily Marlow, Maria Southam, Jemima Turner & Ellie Williams who beat the Boys Team from Hockley LTC who were represented by Archie Taylor, Harry Hazeldon, Ben Murray & Reese Bowman. The Event was played in excellent competitive spirit by all Players concerned & in a very close fought Final, the Girls won by just a 5 points.

The JTC was organised and refereed on the day by Lesley & Ian Pitt, who with their much valued experience, ensured a smooth, well run tournament on the day, which is most important when running any tennis tournament of this type.

The L & W LTA were represented by Andy McGrath who assisted with court supervision and on-court match scoring. Gill & John Tanner & volunteers from Invicta LTC provided well received refreshments & catering on the day. With all this much valued support it made my involvement very easy as the person responsible for the L & W LTA Junior Section. A big thank you to all the Oganisers involved.

Watch this space for the actual date once arranged.